Many years ago Oakville Yacht Squadron started holding a short dinghy regatta as part of their New Year’s Day celebrations and it gave them bragging rights to say they held the first regatta on Lake Ontario each and every year.  About ten years ago they found out about our hobby and decided they could hold onto their bragging rights much more easily if we attended and the dinghies stayed on the hard. So marks were launched and a short regatta was held, of mostly Victoria Class Models. Sailors from Metro Marine Modellers and the Fifty Point fleet competed and then lunch was served in the “Crow’s Nest” compliments of OYS.

“On behalf of all our sailors at Fifty Point I want to thank OYS for the great day and the fantastic hospitality. Another great start to a new year!” – Paul Charles 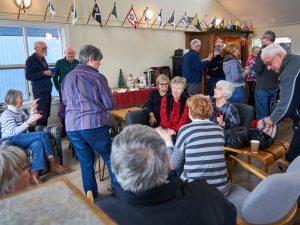 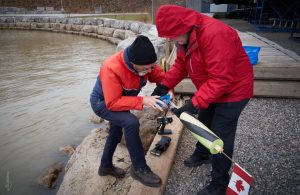 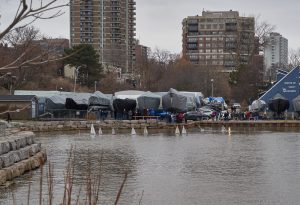 Back to top
Press f for fullscreen.