First Regatta of the season report, pictures and results

First Regatta of the season report, pictures and results 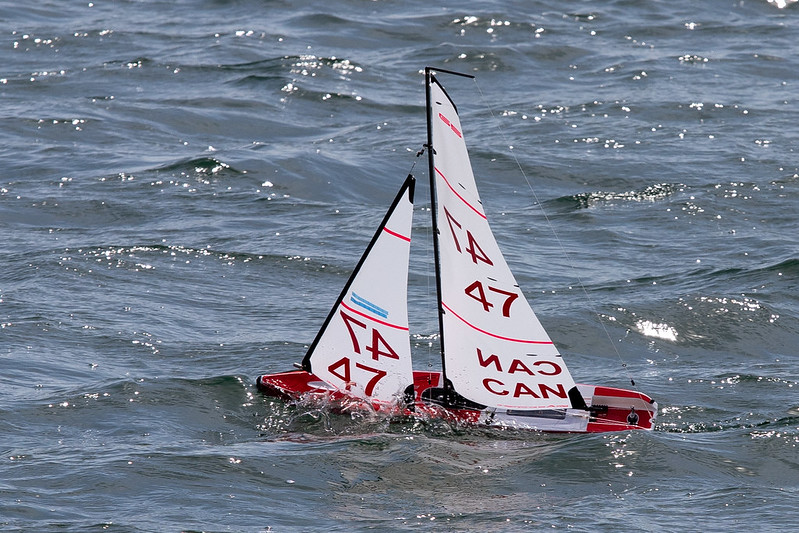 47, Skipped by Oguz Ozer was the winning boat with his stock A rig.           Photo by Ron Jenkins
DF65 April 24, 2022
A pretty good turnout of nine DF65s participated in the first regatta of the season, held at Lakefront Promenade on Sunday.
We didn’t really expect the wind to be so strong so all except Oguz were sailing with the A+ rig. He arrived with the stock A rig and showed us that, sometimes, less is more.
Matthew Beesley was able to keep sailing when his rudder servo burned out because he had a spare with him and swapped it out on site with the help of Rick’s tools.
John McKinney traveled up from Woodstock and during the breaks he and Rick helped others tune their boats. This early in the season experienced help like this is very much appreciated.
David Balsdon tried out his new remote control mark and found a few things he had to tweak, and lots of suggestions.
David Tweedale arrived early and helped move the gear and put in the marks, and John, David B, Oguz and Julian helped put them away. My thanks to them for doing their part.
All in all a great start to the season.
The next DF65 regatta is scheduled for Sunday, May 15th.
Please sign up at; https://metromarine.org/event/df65-regatta/
Ron Jenkins came by and shot a lot of great pictures. Rather than select just a few you can view them all here. They’re worth viewing because they really show how strong the wind was.
https://flic.kr/s/aHBqjzLVsD
Back to top